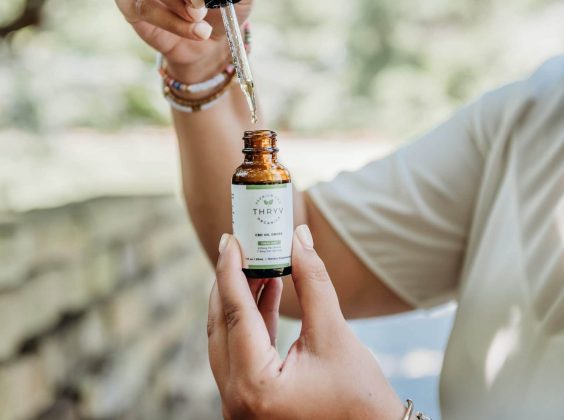 Asperger’s syndrome comes under the umbrella of autism spectrum disorder. The main characteristics of this developmental disorder include difficulties socially and behaviourally. Cannabis oil is known to be effective for aspergers-related symptoms. These symptoms include lowering aggression, stress and decreasing the likelihood of conducting behaviors that may lead to injuries. However, most research has been conducted on other types of disorders that share similar symptoms to Aspergers. Thus, research on the effectiveness of CBD oil on aspergers specifically is still not well-researched. Nonetheless here is what we do know:

One of the most common symptoms of Aspergers is stress and anxiety. This can often lead to aggression and outbursts. Further, a related symptom is difficulty in social situations. People with this disorder often have trouble communicating with others. This can exacerbate their stress levels, causing these emotional outbursts.

Thus, CBD oil can be used to manage feelings of stress and anxiety in these social situations. CBD alters serotonin levels which enable people to feel more calm and relaxed. Serotonin is a huge factor in terms of people’s mood, sleep, behaviours and digestion. Therefore by altering the levels of serotonin, people’s mood can increase. This alleviates any feelings of stress in these tough social situations.

As stated, many people with Aspergers suffer from aggression, often causing injuries to themselves. This can be a major issue, especially when the injuries are severe. However, CBD oil can promote feelings of relaxation, reducing aggression. As the sufferer becomes more relaxed, they are less likely to engage in aggression or self-harm. Similarly, CBD oil aids in muscle relaxation by increasing the body’s supply of endocannabinoids. Endocannabinoids control chemicals in the body, helping the body release muscle tension and muscle rigidity. However, often in people with Aspergers, they overuse endocannabinoids to the point where the body becomes depleted. Therefore, the body is constantly contracting its muscles, increasing muscle tension. Hence CBD is beneficial in replenishing the body’s supply of endocannabinoids.

Reduce the frequency or severity of seizures

In some cases, seizures occur as a symptom of aspergers. People with autism are more likely to develop epilepsy, causing seizures. Seizures are recurring electrical activity firing in the brain, causing physiological symptoms, including convulsions and decreased alertness and bodily control. CBD oil interacts with the endocannabinoid system in the body to regulate sleep and pain which inadvertently aids in seizure management. CBD oil decreases excitable neurons which impact groups of receptors known as GPR55 and TRPV1, decreasing seizures.

Many people with aspergers have a special interest or addiction occupying their minds at all times. This can be something as trivial as trains, an animal or a movie. They tend to try and bring their special interest into every aspect of their lives. This is a result of these activities bringing stimulation into their lives. This is a result of dopamine levels in people with aspergers being very low. Dopamine is a neurotransmitter which allows people to feel good. Due to sufferers’ low levels of dopamine, they obsess over their special interest in order to feel better. However, CBD is able to aid in increasing dopamine levels. This ensures people with aspergers feel content without having to over-stimulate themselves with an activity.

Over 40% of people with some form of autism spectrum disorder, including aspergers, have tried CBD oil. These patients found many benefits in consuming CBD oil. The most common benefits included increased mood, decreased stress and anxiety. Further, many caretakers of people with autism have found cannabis to be a more effective treatment option than regular prescription medication. Many sufferers struggle in finding a treatment suitable to their needs and managing their symptoms. However, lots have found that after trying 6-7 prescription medications, CBD oil proved to be more effective.

Nonetheless, aspergers disorders impact all sufferers differently. Therefore whilst CBD oil is an effective treatment method for many people, it may not be for all. Thus it is important to consult a medical physician before consuming.