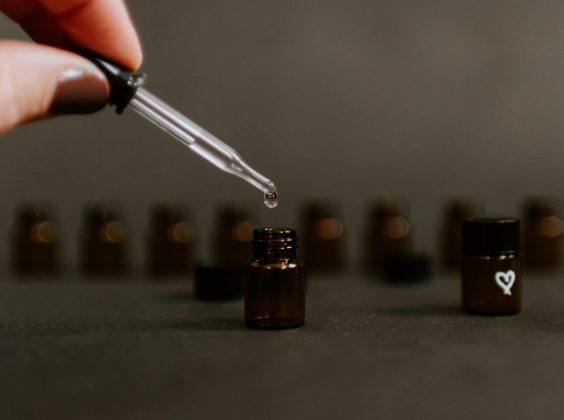 Psoriasis is a type of long-term skin disease which causes inflammation commonly in the knees, elbows and scalp. These occur in the form of itchy and scaly patches which come and go through between subsiding or going into remission. Currently, there are no cures available for psoriasis, and thus patients often need to deal with lifelong treatments and change their lifestyle habits to cope with this condition.

There are various types of psoriasis that may show different symptoms. However, the most common signs and symptoms include:

With these different types of psoriasis in mind, it is only natural that the severity of this disease differs as well. Some may experience a mild itch and patches in certain areas which cause discomfort. For others, it may cover a large area such as the entire back, or cause trouble walking from the inflamed and swollen joints. These different types of psoriasis are namely: plaque psoriasis, nail psoriasis, psoriatic arthritis among others. To learn more about the full range of psoriasis, learn more at MayoClinic’s page.

Currently, research has not found out the exact cause of this condition. However, it is generally accepted that it is a genetic, non-contagious condition that can react to certain conditions. HealthDirect points to triggers such as HIV, viral infections, and severe stress as potential triggers for psoriasis to emerge. Following this, they also state that substances such as smoking, as well as certain medication such as lithium, can worsen the condition for those currently suffering from psoriasis.

CBD has been widely accepted as a valid source of treatment for various conditions such as chronic pain and migraines among others from trusted sources of medical research. It is important to note that CBD (cannabidiol) oil is a separate compound from THC (tetrahydrocannabinol) which both come from the cannabis plant. Unlike THC, CBD does not have any psychotic effects which make you feel “high” that people may expect from cannabis. Instead, CBD has a mellowing effect which has proven effective for pain relief.

Large-scale clinical trials have not yet been performed to specifically measure the effect of CBD on psoriasis. However, many experts claim that with the current knowledge on CBD and the effect it has on the body and similar conditions such as rheumatoid arthritis, there are are “enough mechanistic data” to ascertain its benefit for psoriasis. This is of course notwithstanding the hundreds of anecdotes of its benefits for psoriasis. Numerous smaller studies have shown an overwhelmingly positive response to using CBD oils for psoriasis. Not only did the oils assist with the mellowing of the pain, but patients also reported improved skin hydration, elasticity and quality of life when it was measured against the Psoriasis Area Severity Index. With this in mind, it may be useful to remember that CBD is definitely an option to consider if you need to visit a doctor regarding psoriasis.

In conclusion, psoriasis is currently still an incurable disease with many suffering from the condition relying on lifelong treatments, some of which may reduce in effectiveness over time. As such, CBD, a compound that has been clinically proven to mellow pain and has other beneficial effects for various conditions could be a potential choice as a treatment. If you want to learn more, consult with your local dermatologist or G.P.