A link between the defects within the endocannabinoid system and depression was found through this research, with the use of CBD potentially providing a treatment option. 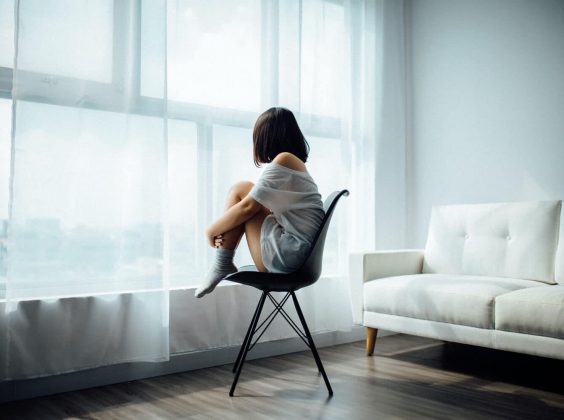 Feeling sad, low or moody from time to time is something that all humans experience, but when these feelings become intense or last for long periods of time is when it could be classified as depression. Depression is much more than just feeling sad without reason, it is a serious condition that affects mental and physical health. Can we use CBD Oil for Depression?

There are different kinds of depressive disorders that can be developed, with symptoms ranging from relatively minor to severe. It is helpful to know about the different conditions and their specific symptoms.

What are the symptoms of Depression?

Symptoms of depression can range from changes in behaviour, feelings, and physical symptoms. It’s always important to be aware of the possible symptoms and to be able to identify them. Behavioural changes may include not wanting to go out and socialise as much as you used to. Feelings that may arise as a symptom of depression include feeling unhappy, anxiety, moods swings, or sadness. Physical symptoms can include excessive hunger, abnormal change in weight or unusual changes to your sleep cycle.

Sometimes called clinical depression, major depression, unipolar depression or simply “depression”, it involves loss of interest in and pleasure of usual activities and/or low mood as well as some of the symptoms shown above. The symptoms last for at least two weeks and are experienced most days. Depression can be classified as mild, moderate or severe, melancholic or psychotic.

A condition where one experiences periods of depression and periods of mania, with times of having a normal mood in between.

Mania is the opposite of depression and can vary in strength. Symptoms for this include racing thoughts, talking quickly, feeling good, difficulty focusing on tasks, having plenty of energy and feeling irritable and frustrated. These symptoms may last for a while and aren’t just fleeting, sometimes they can cause a person to experience psychosis and lose touch with reality. Psychosis can involve auditory or visual hallucinations or having delusional thoughts (like believing that people are out to get them or the belief that they are a superhero).

This disorder is often described as a milder form of bipolar disorder, making it harder to diagnose. The person experiences chronic fluctuating moods over a period of at least two years. It involves periods of depression or depressive symptoms and periods of hypomania (a mild to moderate level of mania), as well as short periods (no more than two months) of normal moods in between. Symptoms don’t last as long, are not as regular and are less severe, making it different to bipolar disorder or major depression

Similar to major depression but less severe, the symptoms of dysthymic disorder can last much longer. To be diagnosed, a person must be this milder depression for at least two years.

This mood disorder has a pattern that mirrors the seasons. It is unclear how this disorder develops

While there is still not a known cause for depression, there are often a number of things linked to its development. It is often a combination of recent events, longer-term events or personal factors, rather than being triggered by a single event.

Research strongly suggests that continuous life difficulties (e.g. living in an abusive household, long-term unemployment, prolonged work stress, long-term isolation or loneliness) have a higher chance of causing depression than recent events. Although, recent events, such as losing a job or a loved one, may “trigger” depression if you are already at risk of developing it due to past bad experiences or personal factors.

Even though research into this area is substantial, there is still much to find out. Depression isn’t just a ‘chemical imbalance’ of the brain, for example, as you have not enough or too much of a certain brain chemical. There are multiple causes of depression, which makes it more complicated. Factors such as genetic vulnerability, severe life stressors, substances you may take (some medications, drugs and alcohol) and medical conditions can affect the way your brain regulates your moods.

Most current antidepressants change your brain’s chemical transmitters, which help messages transmit between brain cells. This is how it is thought that antidepressants work for more severe depression. Psychological treatment can also help people regulate their mood.

Effective treatments can stimulate the growth of new nerve cells in circuits that regulate your mood, which is thought to play a critical part in recovering from the most severe episodes of depression.

A part of the human brain and body is a communications system called the ‘endocannabinoid system’ which affects many bodily functions. It is composed of molecules that are produced by the body, called ‘endocannabinoids’ and the cannabinoid receptors that interact with them.

These parts regulate functions such as:

Research suggests that if the body’s endocannabinoid system is not functioning as it should, it may lead to the development of mental health problems. It is thought that medical cannabis may be able to treat various illnesses by interacting with this system, leading to the idea that CBD may help regulate the endocannabinoid system and offer practical treatment options.

The history of using cannabis as medical treatment goes all the way back to 2800BC, to ancient China under the rule of Emperor Shen Nung. In these times, it was used to treat malaria, rheumatic pain, reproductive disorders or as an anesthetic when taken with wine.

Since the 1970’s interest has increased in the use of cannabinoids and their medical benefits.

More recently, a scientific literature review titled New Perspectives on the Use of Cannabis in the Treatment of Psychiatric Disorders looked into the current evidence of the benefits of CBD oil in the treatment of psychiatric disorders, including depression. The review consisted of a search of the PubMed database using a combination of keywords relating to the disorders and was carried out both considering animal and human studies. Clinical trials in healthy patients were also considered.

A link between the defects within the endocannabinoid system and depression was found through this research, with the use of CBD potentially providing a treatment option. The review found a cross-sectional study that showed that people who consume cannabis occasionally or even daily have lower depressive symptoms than those who have never tried it. When randomised clinical trials investigated the effects of THC and CBD separately in the management of psychiatric patients, preliminary results suggested that CBD may have potential efficacy in the treatment of psychotic and anxiety disorders. It was also found to be tolerated well by the study participants and only had few minor side effects.

Plenty of anecdotal evidence is also provided in this review, for example, Gruber et al. described five cases in which patients reported that the use of cannabis relieved symptoms of their depression.

In 2017, the World Health Organisation (WHO) officially declared that there was no evidence to support the claims that CBD has the potential to trigger abuse or dependence on the compound, nor any other wider public health concerns around its usage. As substance abuse can be a way in which people with depression cope with the condition, it is positive that CBD is not something that can become an addiction. The report also stated that there are presently no public health issues that have been associated with the use of CBD.

A few months later in 2018, CBD was also removed from the World Anti-Doping Agency’s (WADA) prohibited list, due to its anti-inflammatory and pain-relieving effects, with many assertions of it being hundreds of times more powerful than the effects of aspirin.

Could Medicinal CBD Oil for Depression be a cure?

Depression is one of the most prevalent mental illnesses in Australia, with 1 in 16 people suffering from it. Many of these people live with it for years without relief from traditional methods. There is promising evidence of the benefits of cannabis, and more specifically CBD oil, in regards to the treatment and easing of symptoms of depression. Its current use for this purpose in countries around the world is an indication of its medicinal viability.

CBD has also been found to have less debilitating side effects than regular antidepressant medication, which can include insomnia, mood swings, agitation and sexual dysfunction. CBD has not shown similar side effects.

Due to the lack of longitudinal and clinical studies for CBD and how it may help those with depression, it is not yet clear whether or not it can ease symptoms of all people effectively. However, the initial data based on the research that has been undertaken so far is promising, alongside anecdotal evidence from those who do take CBD to ease their depression symptoms. There is still much to be uncovered about the benefits of CBD oil in the treatment of depression, with hope in the near future that a breakthrough will emerge.