CBD oil has proven to be highly effective in reducing symptoms of chronic pain. Its anti-inflammatory properties are especially effective against neuropathic pain. 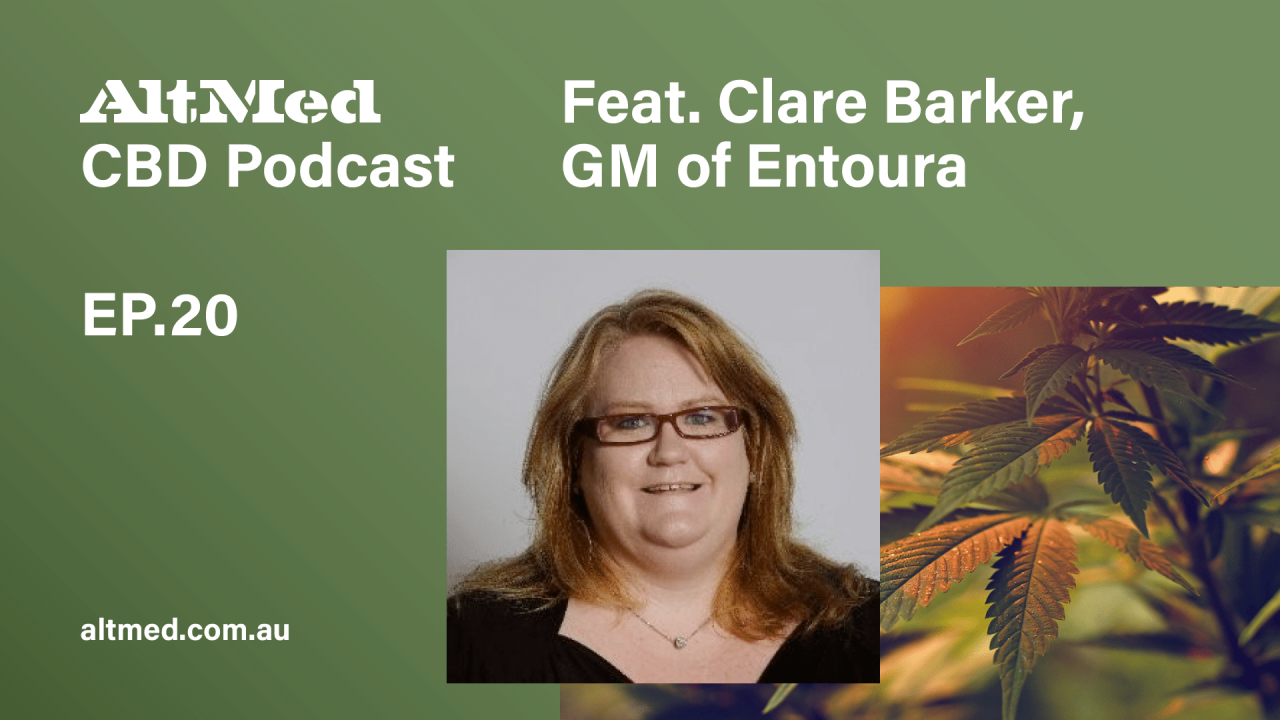 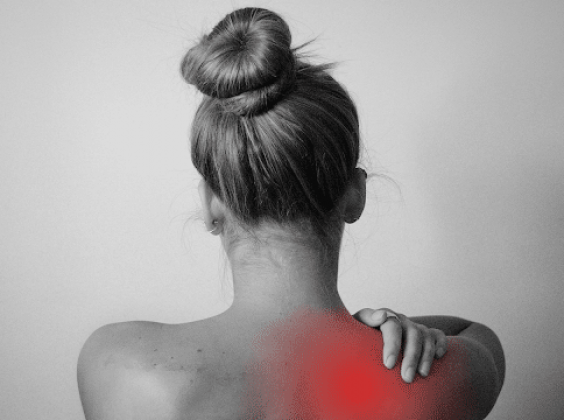 What is chronic pain?

Whilst many people experience pain due to various reasons, it is only characterised as being chronic if it persists or recurs for an extended period of time, usually, around 3 months. Chronic pain is also more commonly experienced in the healing time after an illness or injury which is normally 3 to 6 months and if the pain continues after the standard recovery period, that is when it is considered chronic as it is ongoing pain. Some of the more common chronic illnesses that may sound familiar are migraines, arthritis, osteoporosis and endometriosis.

It is essential to distinguish between chronic and acute pain. Acute pain tends to be more sudden, short-term (a few days or weeks) and has a sharp pain sensation, usually disappearing after the injury heals completely. It can occur due to an injury or illness where body tissue may be damaged or swelling. It often serves as a useful warning function to highlight things that may need to stop as they cause damage to the body.

In 2015, it was estimated that around 20 per cent of the population lives with chronic pain, proving it to be an incredibly common and frequently experienced condition. Today in Australia, 1 in 5 people aged over 45 also continue to live with chronic pain. It was recorded that the number of people living with chronic pain visiting general practitioners (GPs) has risen by 67 per cent over the past 10 years.

With pain being described as ‘chronic’, it is difficult to understand the severity of those living with a chronic illness. The severity of one’s pain is often considered by looking at a combination of the actual pain intensity, the distress caused that was related to the pain and the impact on their usual body functions which could result in a physical or mental disability. In fact, chronic pain is one of the leading causes of disabilities around the world.

The more common causes of chronic pain may be from a surgery, injury or musculoskeletal condition such as arthritis. It may simply present itself as mild to severe ongoing lower back pain. More notable medical conditions that may lead to chronic pain later include endometriosis, cancer and migraines.

Risk factors that contribute to the overall likelihood of developing chronic pain include increasing age, genetic disposition and is also more commonly found in females. Other environmental factors and socioeconomic disadvantage may also impact one’s likelihood to experience chronic pain.


Research has found connections between how one’s lifestyle and their chances of acquiring chronic pain in their lifetime. These lifestyle and behavioural risk factors are modifiable and can help with chronic pain management or prevention:

Chronic pain cannot be considered as just simply a recurring physical pain condition. People living with chronic pain often have other areas of their lives heavily affected as well. The condition has both causes and consequences that are biological, psychological, social and long-term in nature. Chronic pain can result in a physical disability that can impact various important aspects of an individual’s life. Their ability to exercise, go to school, work or socialise are often impacted as a result of the immense ongoing pain they endure. Consequently, sufferers of chronic pain are also more prone to developing further mental health conditions like depression, anxiety and can heavily impact their sleep.

Due to the complexity of chronic pain and its subjective pain experience, medical professionals find it difficult to eliminate completely. As such, they usually offer treatment alternatives to reduce the pain, increase function and improve the overall quality of life of their patients. A mix of therapies and medication is often used to treat chronic pain as the mental psyche is often affected.

Pharmacological treatments used to manage chronic pain include a range of analgesics, which are pain-relieving medications. Traditionally used analgesics as a pain management solution include:

Further nonpharmacological alternatives to help manage chronic pain have been proven effective with the aid of analgesic medication. Some of the most common remedies are:

However, complementary and alternative medicine (CAM) practices are increasing in popularity amongst chronic pain patients. A survey of 908 people living with chronic pain revealed 27-60 per cent use CAM over some of the more conventional treatments.

Cannabidiol (CBD) continues to grow in reputation for its medicinal effects for various conditions. Cannabinoids are a specific group of chemical compounds. The cannabis plant, Cannabis sativa, contains over 500 chemical substances, from which CBD can be extracted to produce medicinal CPD oil. The two most common cannabinoids are cannabidiol and tetrahydrocannabinol (THC), which is more known for recreational uses.

CBD are anti-inflammatory and have proven to be especially effective against neuropathic pain, which is part of the sensory nervous system. The human nervous system also contains at least two different cannabinoid receptors that work with other parts of the body that control our perception of pain, they’re called the serotonergic and dopaminergic systems and are usually in charge of managing our moods and the feeling of pleasure.

Countries such as Canada and the United States have already begun approving the use of cannabinoids as medicinal treatments. The main reason for its approval in Canada was due to the pain-reducing qualities of cannabidiol, especially to treat chronic neuropathic pain.

A 2018 survey found that of the 2032 medicinal cannabis users who participated, 42.2 percent (861 people) used it to treat pain syndromes, 598 of whom were chronic pain patients.

Further acceptance of CBD can be seen within the past few years, especially with greater breakthroughs in helping people live with epilepsy due to the compound’s anticonvulsive properties.

In 2017, the World Health Organisation (WHO) officially declared that there was no evidence to support the claims that CBD has the potential to trigger abuse or dependence on the compound, nor any other wider public health concerns around its usage. A few months later in 2018, CBD was also removed from the World Anti-Doping Agency’s (WADA) prohibited list, due to its anti-inflammatory and pain-relieving effects, with many assertions of it being hundreds of times more powerful than the effects of aspirin.

Does CBD help with chronic pain?

Chronic pain is one of the most common illnesses that may be experienced as a result of other illnesses or injuries. Many people experience chronic pain for years, all with their own mechanisms of living and managing the condition. The prevalence of medicinal CBD as a solution to reducing chronic pain intensity continues to increase, due to its neuropathic analgesic effects, with most finding it effective and reducing their pain by over 30 per cent, especially in patients with Fibromyalgia, a musculoskeletal pain disorder. Many respondents of CBD studies assert that CBD effectively treats their chronic condition with non serious adverse effects and without the need for any supplementary conventional medicine.

Existing research and studies surrounding medicinal CBD have recorded significant beneficial outcomes for a number of patients and their conditions, not just chronic pain. As its popularity continues to grow, additional research will be able to further validate the effectiveness of CBD as a medicinal treatment for countless people with painful conditions and illnesses that affect their quality of life. 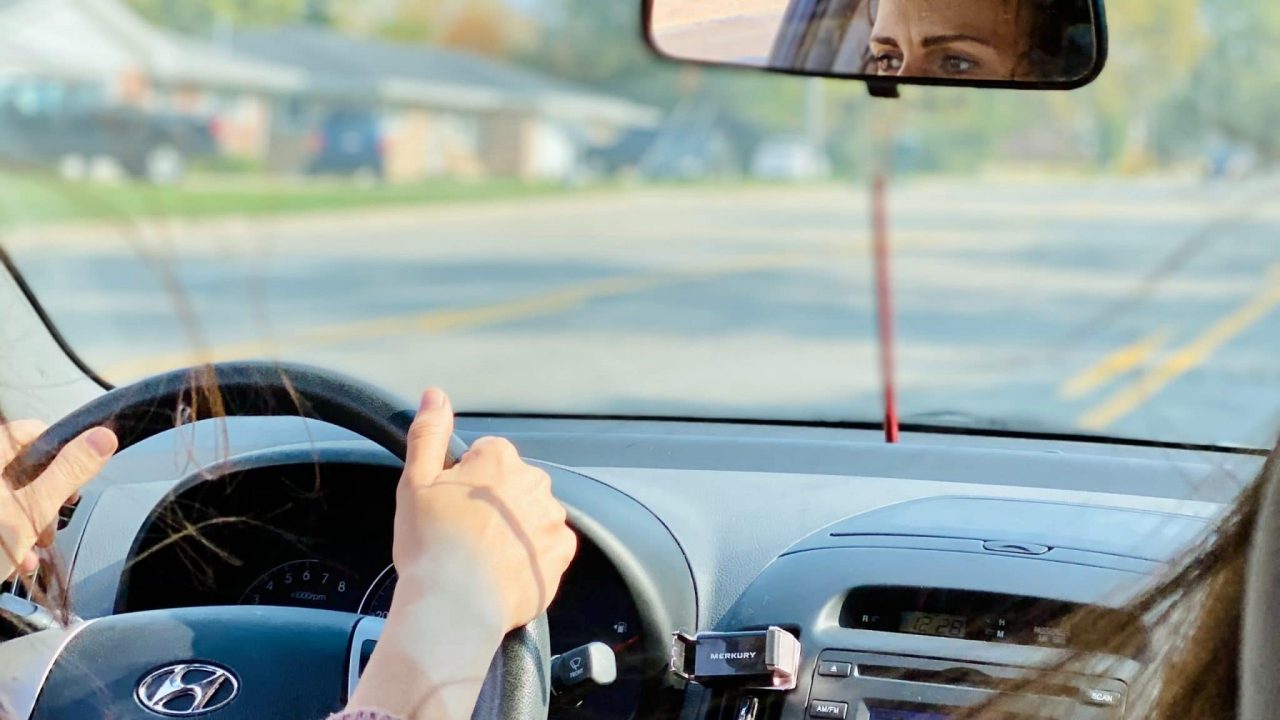 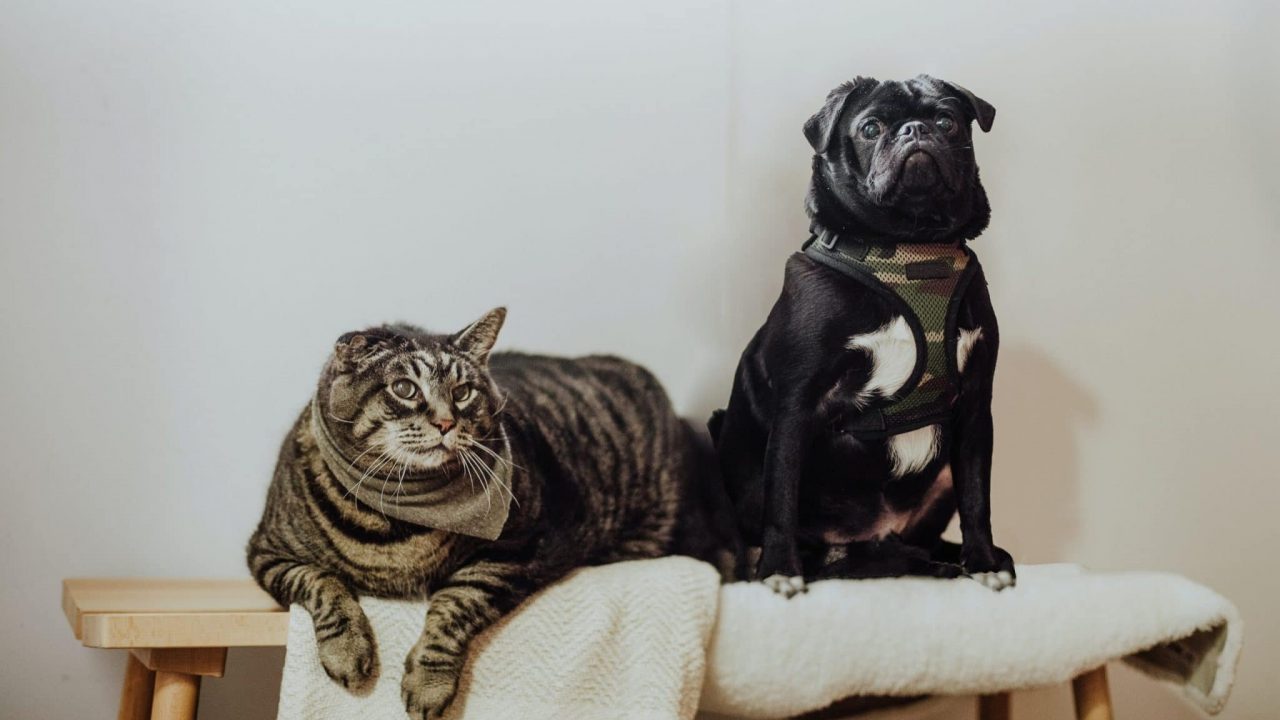 Medicinal CBD Oil Treatment for CBD for dogs and cats 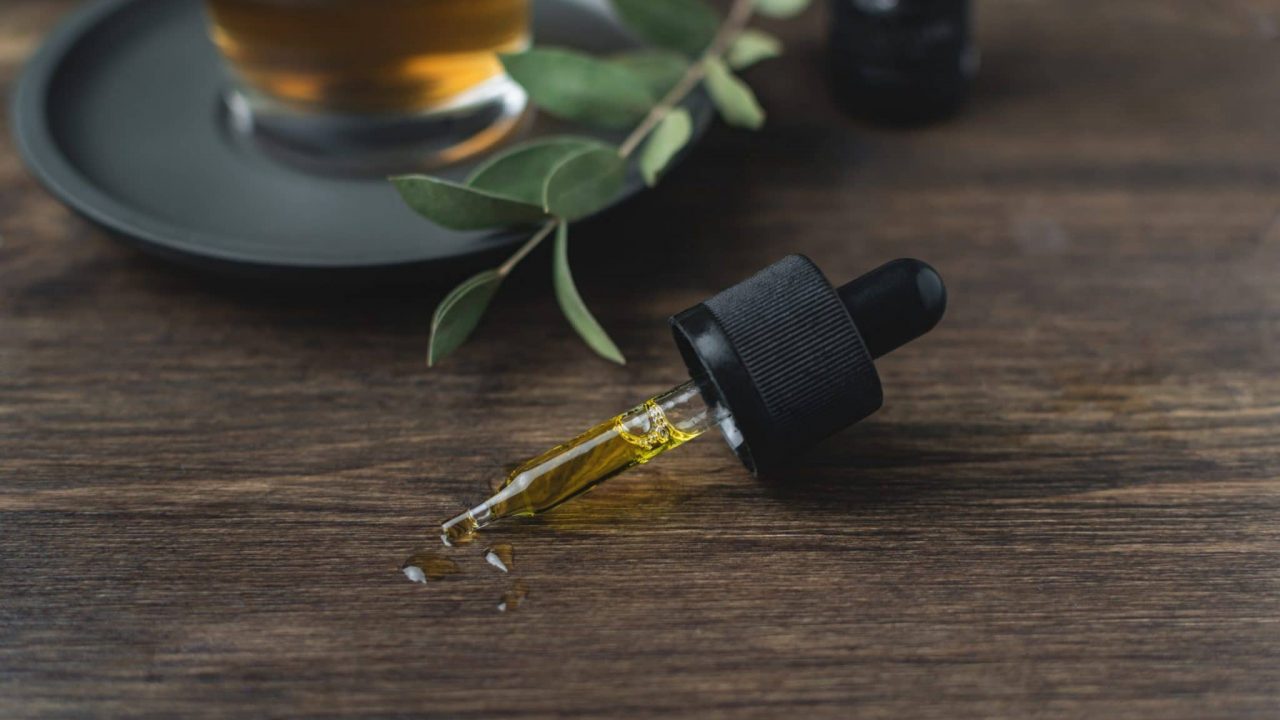 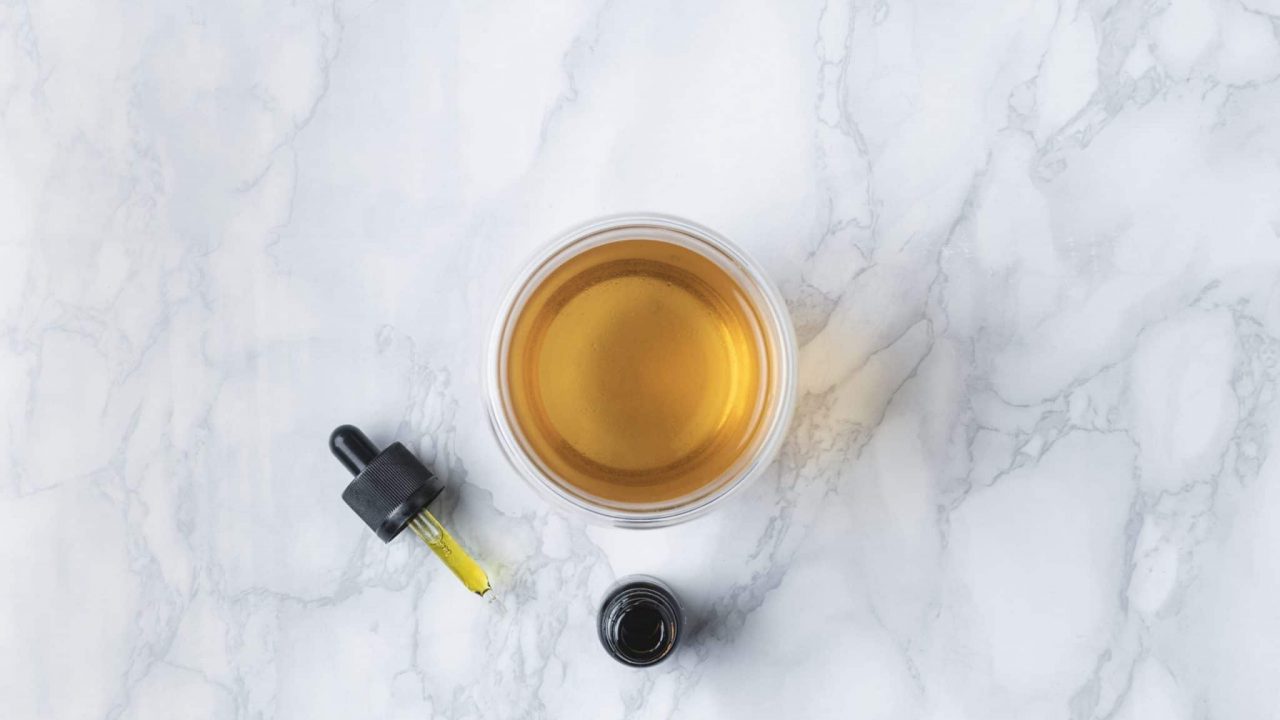