It is estimated that around one-third of Australians will suffer from insomnia at one point in their life. 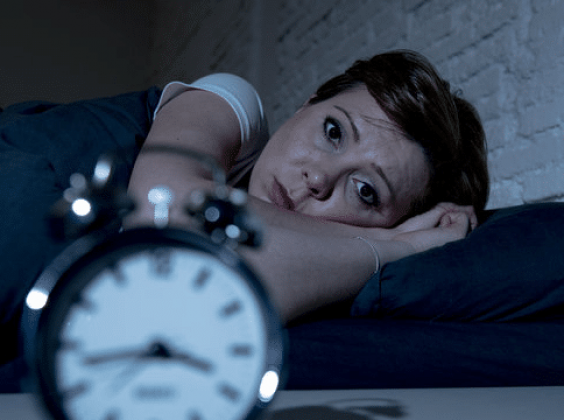 It is estimated that around one-third of Australians will suffer from insomnia at one point in their life. Insomnia is a sleep disorder and is considered to be present when an individual often finds it difficult to fall asleep, and/or stay asleep and find themselves feeling exhausted during the day because of this. Most commonly, insomnia is only experienced for a short period of time, however, some individuals may suffer from long-term insomnia which lasts longer than a month. Insomnia can degrade an individual’s quality of life by draining their energy, thus making everyday tasks such as work or care considerably more difficult. Multiple studies have noted insomnia to be a common condition in adults with about 33-50 per cent of the population has suffered from the condition. Higher rates of insomnia are seen among divorced, separated or widowed people, older people, females, in the presence of medical or psychiatric illness and the white population. Can CBD aid in treating Insomnia?

What are the symptoms of insomnia?

Types of insomnia can range from acute (short-term), chronic (long-term), primary (no underlying cause) and secondary (due to an underlying cause). To be diagnosed with insomnia, patients must report at least one of the following symptoms for a minimum of three nights per week;

Insomnia can be a primary health problem or a side effect of another health problem. Insomnia is often caused by environmental factors, medical and physiological factors, chronobiological factors, behavioural factors and toxic factors. Long-term chronic insomnia is often the result of elongated stress or a traumatic life event, whereas short-term acute insomnia may be the result of issues such as illness, medications or jetlag. For both acute and chronic insomnia, there can be several causes which patients may not even suspect or be conscious of in their everyday life.

Depending on what type of insomnia a patient is suffering from, traditional treatments may range from implemented behavioural change and good sleep hygiene to pharmacological treatments. Most commonly, the treatment of insomnia initially consists of diagnosing the underlying medical or psychological problem, along with identifying behaviours that may impact a patient’s ability to sleep. The use of pharmacology for treating insomnia through long-term use is considered controversial, though at times it is necessary. Pharmacological treatments for insomnia include;

Many of these treatments are paired with undesirable side effects such as drowsiness, dizziness, nausea, fatigue, tolerance, dependence, potential fatal overdose, memory impairment and headaches.

The use of the cannabis plant as a treatment for medical conditions can be traced back to ancient times and many cultures have historically used the cannabis plant to treat a number of ailments. Many studies have concluded that medicinal CBD Oil for insomnia can be successful, though the ways in which it does this are not yet extremely clear to medical researchers. A study published by NCBI in 2019 was conducted to determine if CBD helps improve sleep and/or anxiety and involved giving patients diagnosed with insomnia CBD 25mg/d in capsule form. The sampling frame of the study consisted of 72 patients who had been diagnosed with a sleep disorder, and all patients had at least 1 follow-up visit to the clinic after the CBD was prescribed. All 72 patients completed sleep and anxiety assessments at the onset of the medicinal CBD treatment and at the first monthly follow-up. At the first monthly assessment after the beginning of the CBD treatment, ‘79.2% of all patients experienced an improvement in anxiety and sleep, respectively; 15.3% experienced worsening symptoms in anxiety and sleep, respectively.’ Two months after the treatment 78.1% of patients reported further improvement in sleep, and the study holistically found that on average, anxiety and sleep improved for most patients and these improvements were sustained over time. In conclusion, whilst the study found that the CBD treatment improved the patient’s sleep, it also urges that more formal studies are required to fully understand the role that CBD takes in improving sleep, whilst finding that there were no safety issues that would limit these future studies.

An Australian study conducted by researchers from The University of Western Australia in April this year also reported promising results from the world’s first-ever placebo-controlled clinical trial exploring the effectiveness of medicinal CBD in treating insomnia. The study involved treating 23 participants for 14 nights with the CBD formulation and 14 nights with a placebo. The two treatments were separated by a one-week period. The medicinal cannabis was administered under the tongue. Participants were able to take a single dose or a double dose depending on the severity of their symptoms. However, neither researchers nor participants knew if they were taking the placebo or the CBD formulation. The sleep quality within patients was based on the well-known Insomnia Severity Index (ISI). ISI measures the severity of insomnia symptoms. Across all of the participants ‘ISI scores decreased by 26 percent while those on the highest dose achieved a 36 percent reduction in ISI and participants reported significantly improved sleep quality and feelings of waking up rested.’ Additionally, patients reported significant improvement and alleviation of subjective measures of stress, fatigue and social functioning. This study is said to be the most ‘rigorous clinical trial ever undertaken to assess the therapeutic potential of medicinal cannabis to treat the symptoms of chronic insomnia’ and the lead researcher, Professor Peter Eastwood states that “Positive patient experiences with minimal side-effects are critical to the success of any insomnia drug and highlights the potential for this treatment to address a key area of unmet need…”

In 2018, researchers in the USA conducted a study that gathered its data through a mobile phone app named Releaf App. 409 individuals who were diagnosed with insomnia took part in the study, and its objective was to measure which fundamental characteristics of raw, natural medical cannabis flower are associated with changes in insomnia. Participants of the study were required to record real-time ratings of self-perceived insomnia symptom severity levels prior to and following the administration or consumption of medicinal cannabis through the Releaf App. The study found that ‘Releaf AppTM users showed an average symptom severity reduction of −4.5 points on a 0–10 point visual analog scale… Use of pipes and vaporizers was associated with greater symptom relief and more positive and context-specific side effects as compared to the use of joints, while vaporization was also associated with lower negative effects.’ Findings also suggested that CBD was associated with greater symptom relief, when compared with THC and that flowers from Sativa plants were associated with more negative side effects in comparison to flowers from the Indica or hybrid plant subtypes. Overall, the data gathered suggests that the consumption of medicinal CBD is associated with significant improvements in insomnia ‘with differential effectiveness and side effect profiles, depending on the product characteristics.’

Does CBD help with insomnia?

There is a myriad of reasons as to why patients may be diagnosed with insomnia or other sleep-related issues. Often, these cases come down to other underlying health issues. Thus the treatment of insomnia often lies in the diagnosis of these underlying issues. In many cases, medicinal CBD Oil for insomnia has been known to assist with some of the underlying causes, such as pain or anxiety – making it potentially applicable to treat insomnia broadly. If CBD is not found to treat the underlying cause of an individual’s insomnia, studies show that it may be able to assist with the general feeling of sleeplessness. Medicinal CBD favours among other insomnia treatments due to the lack of reported side effects and lack of impairment to daytime alertness. Ultimately, it is not yet known whether medicinal CBD could cure insomnia, though from research undertaken thus far, as well as personal advocacy – it would seem that the benefits of CBD oil can certainly be felt for sufferers of insomnia.