Evidence suggests that CBD is effective in reducing the severity of tics, outbursts and anxiety in those living with Tourette Syndrome. 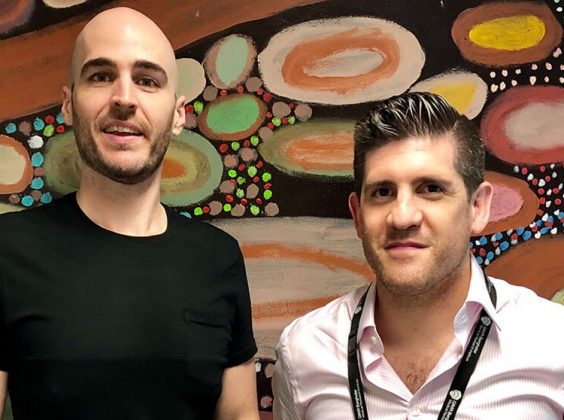 What is cannabis and what does it do?

To put it simply, cannabis, short for cannabis sativa, is the name of a flowering plant that produces a host of benefits when consumed. Humans have used this plant for thousands of years.

Cannabis itself does not produce any effects, it is only after the cannabinoids within the plant have reacted with our body’s endocannabinoid system that it starts becoming beneficial for us.

The cannabis sativa plant contains hundreds of cannabinoids but the most well-known and studied are CBD (cannabidiol) and THC (9-tetrahydrocannabinol).

CBD is the cannabinoid within the cannabis plant that does not produce a psychoactive effect or the “high” feeling. Its benefits include:

THC, on the other hand, does produce a psychoactive effect or the “high” feeling when taken. Its benefits include:

What is Tourette syndrome (TS)?

According to the National Institute of Neurological Disorders and Stroke, Tourette syndrome is a neurological disorder manifesting in unwanted, repetitive and intrusive as well as sudden movements or vocal sounds, called tics. Currently there is no cure for this neurological disorder but treatment for its symptoms are available.

The first symptoms of Tourette syndrome can manifest between the ages of 5 and 10. Most people with TS experience their worst tic symptoms in their teens but usually can be controlled and lessen by their late teens to their 20s. However, TS can also last up to adulthood which from then on, it’s classified as a chronic condition.

TS, is not a degenerative disease as some people may assume it to be. It does not continue to get worse and sometimes it can even dissipate to the point where medication is no longer needed to control the tics. People with Tourette syndrome also have a normal life expectancy, uncharacteristic of degenerative diseases.

You can read more about Tourette syndrome here.

The current medication used to treat symptoms of TS are often inconsistent in their effects and are also accompanied with adverse side-effects such as depression and weight gain.

So, in an effort to find a different kind of treatment with less adverse side-effects for TS. Wesley Medical Research in Brisbane led by Dr Phillip Mosley will be running the first trial using medical cannabis to treat patients with TS to look into the effects of CBD Oil for Tourette Syndrome.

Participants of the trial will complete two six week periods of treatment with an active drug (medicinal cannabis) or a placebo. Within the trial the participants will be unaware of whether the active drug or placebo is given to them in order to eliminate any external biases. Hopefully, this will produce conclusive answers to whether medicinal cannabis is a viable therapy solution for TS.

The first participant in this clinical trial is Chris Wright (the gentlemen on the left in the image above). He developed Tourette syndrome in his childhood and even whilst given medication to help treat his condition, his symptoms persisted. It is getting to the point where I don’t know what to do, it feels as though it all gets too much sometimes”, those were the words of Chris Wright.
It becomes painfully obvious how difficult daily life becomes for someone who has TS. Which only emphasises the importance of this clinical trial and how much is at stake. The Lambert Initiative at the University of Sydney provided the medicinal cannabis.

The medicinal cannabis supplied to this clinical trial was developed according to the appropriate standards. It contains a mixture of both CBD (cannabidiol) and THC (9-tetrahydrocannabinol).

Although there are no conclusive results as of yet. A study in 2019 showed great promise after a 12 year old boy who was diagnosed with Tourette syndrome was successfully treated using a combination of vaporized medicinal cannabis and pure oral THC.

The 12 year old boy suffered from severe tics which resulted in insomnia. Both his parents being medical experts, decided to administer vaporised medicinal cannabis and THC in very controlled amounts as treatment. But, this was without consulting a TS expert.

According to the study, the treatment resulted in a near immediate and near complete submission of the tics. Successfully treating their son. What was more surprising was that there were no adverse effects that manifested after the treatment.

Although this is a single case study, it still presents hope to those who have TS or has someone they care about suffering from TS.

Above all, I think it goes without saying that nobody should try this without proper consultation with a Tourette syndrome expert. This is because the effects of medicinal cannabis can vary between different people. Something that benefitted someone else may not necessarily recreate that same benefit with someone else.

At the moment, there is no clear treatment for Tourette syndrome. However, all is not lost as CBD Oil for Tourette Syndrome does present hope as a potential cure for the neurological disease.