Research has shown potential success in easing some symptoms of MS in patients. Less evidence has been found for the effect CBD has on eliminating the disease itself. 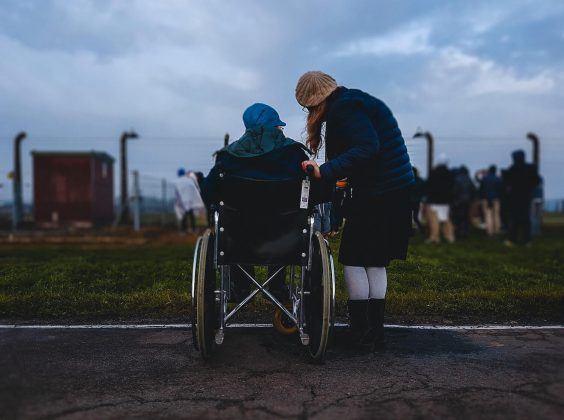 What is Multiple Sclerosis?

According to MS Australia, Multiple Sclerosis is a condition that affects the central nervous system (CNS), and interferes with nerve impulses within the brain, optic nerves and spinal cord. It is characterised by the presence of sclerosis, or scars, that appear on the CNS and may develop different symptoms depending on where they form. Can Medicinal CBD for Multiple Sclerosis help?

Over 25,600 Australians live with MS and approximately two million people are diagnosed around the world. The majority of people diagnosed with MS are between the ages of 20-40 years old but can manifest in people outside of this age range. Women are most susceptible to developing the disease, with them being three times as likely to get the disease than men.

What are the symptoms of Multiple Sclerosis?

Symptoms of Multiple Sclerosis are varied and can differ depending on where the scarring has occurred within the CNS. The degree of severity of these symptoms will also be unique to each person with the disease.

The following is a list of the most common symptoms

There are some symptoms that are less common among those with Multiple Sclerosis and include:

It is still unknown what causes Multiple Sclerosis initially, but scientists generally believe that it can be caused by a number of factors.

Research into knowing more about how it is caused will help discover more effective ways to treat it in the future.

What is understood is that the scarring on the CNS is caused by an immunological response, where the body’s immune system attacks other parts of the body that it thinks are foreign.

MS is not a genetically transmitted disease, meaning that it can’t be passed down from parent to child. Despite this, studies found that with identical twins, if one gets MS the possibility of the other twin developing it is a 1 in 4 chance.

There are a few unproven theories that have been discussed and researched as a possible cause of MS. Many of these don’t have substantial evidence to prove their effect on MS development. These theories include:

Research into CBD Oil for Multiple Sclerosis has shown potential success in easing some symptoms of MS in patients. Less evidence has been found for the effect CBD has on eliminating the disease itself.

A study published in 2014 performed a systematic review of medical marijuana studies and clinical research, and its effectiveness and safety on symptoms of MS, epilepsy and movement disorders. This evidence-based systematic review sought to answer the following questions regarding the safety and efficacy of cannabinoids in relieving/reducing the symptoms of:

The risks and benefits of medical marijuana should always be weighed carefully, with the risk of serious adverse psychopathological effects found to be just under 1%. The research review could not report on the comparative effectiveness of marijuana for these symptoms when compared to alternative therapies and/or medication.

The Multiple Sclerosis and Extract of Cannabis (MUSEC) study, one of the clinical studies that were included in the systematic review of medical marijuana, reported results of whether cannabis extract eased muscle stiffness and the pain associated with it. Participants aged 18-64 who had stable MS for at least 6 months and muscle pain/stiffness for the past 3 months before enrollment were chosen to undertake this study and were evenly allocated into the cannabis group or the placebo group. The primary measure of success was an 11 point CRS to evaluate the participant’s perceived change in muscle stiffness after 12 weeks of treatment compared to before the study.

The research found substantial evidence that the group that took the cannabis extract had eased muscle pain/stiffness by double that of participants who were on a placebo. Sleep quality was also tested in this study, and participants who took cannabis reported a higher quality of sleep compared to the placebo group.

Their fundings suggested that standardised cannabis extract can be clinically useful in treating the phenomenon of spasticity in MS patients and that utilising an 11 point numerical scale of rating change throughout a study is an effective way of measuring the treatment effect of relief from muscle stiffness, that included using Medicinal CBD for Multiple Sclerosis. Effective pain relief through the use of cannabis extract was especially common in patients that had a very high baseline pain score.

MS Australia points to the success of Medicinal CBD Oil for Multiple Sclerosis when used to treat symptoms such as pain and spasticity due to many people experiencing relief when taking it and plenty of evidence from scientific studies and research. They do only suggest this as a last option for the management of these symptoms and ask that people with conditions such as psychotic or mood disorders steer clear of it due to its possible side effects.
There is further research being done into the success of CBD in the easing of bladder, ataxia, tremors, spasms and sleeping difficulties, with hope for the future for people who suffer these symptoms.

The research review found some evidence that medicinal CBD for multiple sclerosis can be beneficial in treating muscle spasticity, stiffness and pain, as well as with central pain. Some MS symptoms weren’t effectively treated with the help of medical marijuana, but it is promising to see that muscle spasticity, one of the main symptoms of MS, may be treated with cannabis.

In the MUSEC study, the overall rate of relief from pain was 15% higher in the cannabis extract group than in the placebo group.  It was found that cannabis extract can be effectively used to relieve the symptoms of spasticity and muscle stiffness and pain.

As always, further research will need to be taken to find definitive evidence that cannabis can fully ease the pain of these symptoms in the majority of MS patients.

CBD may not be able to completely cure Multiple Sclerosis at this point in time. However, the evidence pointing to its capacity to ease certain symptoms is promising. Certain medical cannabis extracts are likely to help with easing muscle spasticity and body pain.