A review published in Frontiers of Neuroscience in 2018 aimed to find a relation between the human endocannabinoid system and using it to discover more effective alternatives to treating PTSD. 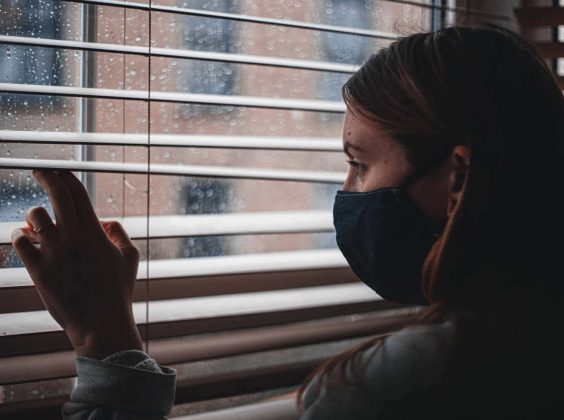 Post Traumatic Stress Disorder, more commonly known as PTSD, is a particular set of reactions that are developed in people who have gone through traumatic experiences that have threatened the safety or life of themselves or others. These can be events such as the tragic loss of a loved one, physical or sexual assault, natural disasters like floods or bushfires, a car accident or war and/or torture. Because of this experience/s, the person undergoes feelings of despair, intense fear or helplessness. Do PTSD and CBD mix?

Following the catastrophic bushfire that Australia experienced during the summer of 2019/2020 and the onset of Covid-19 and its subsequent lockdowns across the country, the rates of anxiety and PTSD related illnesses are estimated to rise by 4.4%. A recent review of the evidence of the psychological effects of quarantine also showed that PTSD symptoms were more prevalent in those who had quarantined themselves, with healthcare workers at a higher risk than the general public.

What are the symptoms of PTSD?

Feelings of extreme fear and panic, similar to what was felt during the traumatic event, are common occurrences for people with PTSD. Those with PTSD experience four main types of troubles.

The person experiences unwanted and unpleasant memories and can often occur when dreaming in the form of nightmares. Intense emotional or physical reactions may happen, such as heart palpitations, sweating and panic attacks.

Avoiding reminders of the event:

Activities, places, things, thoughts, feelings and people that are associated with the event are avoided by the person as they bring back hurtful memories.

Losing interest in day-to-day activities and feeling cut off from friends and family as well as feeling emotionally drained and numb can cover up the pain of the trauma.

Being excessively alert or wound up:

Sleeping difficulties, difficulty in concentrating and irritability, constantly being on alert for signs of danger and becoming easily startled are other signs of PTSD

Experiencing other mental health issues alongside PTSD is very common, which may be developed from the traumatic event or be caused by the PTSD itself. Additional problems like depression, anxiety and drug and alcohol abuse are often resultant if PTSD has persisted for a long time.

PTSD can affect anyone who experiences a traumatic or highly-stressful experience but some people have a greater predisposition to develop it than others. If the event entailed deliberate harm such as physical or sexual assault, or experience repeated traumatic experiences such as living in a war zone or continuous childhood abuse.

Other risk factors in developing PTSD include having a past history of trauma or other psychological conditions, having little to no social support system or continuous stressful life events such as losing a job or having relationship issues.

A review published in Frontiers of Neuroscience in 2018 aimed to find a relation between the human endocannabinoid system (ECB system) and using it to discover more effective and tolerable alternatives to treating PTSD. The ECB system plays an important role in regulating some bodily functions, especially in the regulation of emotions and is essential for the synaptic processes that determine emotional responses and learning.

The paper reviews the therapeutic potential of CBD as a treatment for PTSD, which started from the first evidence gathered in animal studies (bench research) and leads to knowledge obtained from human trials. Looking at an array of different clinical studies both about the ECB system itself and the role that it, and the use of medical cannabinoids, could have in treating PTSD. A brief history of this research can be found below.

A brief history of advances in research on the use of CBD Oil for PTSD, Bitencourt & Takahashi, 2018

The past studies suggest that CBD may offer a therapeutic benefit for disorders related to inappropriate responses to traumatic memories or experiences. The discovered effects of CBD on the different stages of aversive memory processing make it a potential candidate to treat PTSD alongside psychological therapy. It was also found to have fewer adverse side-effects than other treatment options.

Even with the past research pointing in the direction of the benefits of CBD on the ECB system, further research is necessary to build a deeper knowledge of the neurobiological mechanisms that are involved in CBD responses.

Research currently being undertaken by the Lambert Initiative for Cannabinoid Therapeutics at the University of Sydney, ‘seeks to identify phytocannabinoids and full-spectrum extracts with therapeutic potential to treat PTSD using a preclinical disease model in mice.’ Undertaking these studies will help to identify lead cannabinoid compounds to develop clinically. Furthermore, they will instruct researchers on the best way to design their further studies into the relationship between PTSD and medicinal CBD.

There is lots of work currently happening in relation to post-traumatic stress disorder and the effects CBD can have on those who live with it, and studies are moving ever closer to discover more about the connection between the two.

Although the research in both animal and human subjects has yielded positive results, more longitudinal and controlled studies must be undertaken in order to clarify the efficacy of CBD Oil for PTSD and associated conditions. Even though much is to be discovered about how CBD interacts with the ECB system, and consequently the symptoms of PTSD, many steps are being taken to close the gap in knowledge in how they interact. This knowledge may soon yield a formulation of CBD that can be used in the treatment of patients with post-traumatic stress disorder in the not too distant future.

The future animal studies that will be undertaken by the Lambert Initiative for Cannabinoid Therapeutics in Sydney will also aid other researchers in finding what needs to be focused on in regards to studying CBD and PTSD. Their research will help pave the way for others to build on what they will discover