The use of medical marijuana and CBD oil amongst women with endometriosis is common, in fact – it has a very long history with female reproductive health. 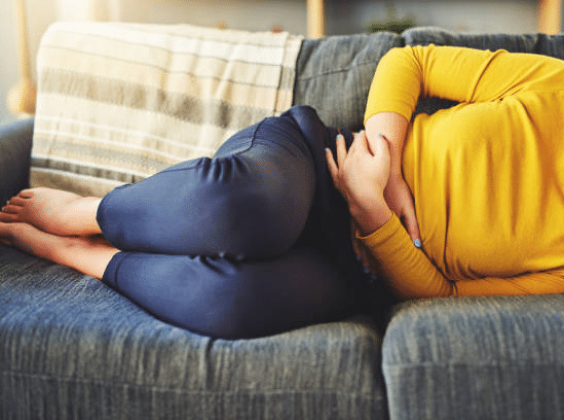 Endometriosis is a disease common in women and is estimated to be suffered by at least 1 in 10 women globally.  Endometriosis is ‘defined by abnormal growths of uterine endometrial tissue outside the uterus’ and is often painful, and sometimes debilitating to its sufferers.  Scientists and doctors do not yet understand why endometriosis occurs, and are yet to find a cure. In the meantime can CBD be used to treat Endometriosis?

The symptoms of endometriosis are numerous, though most often involve extremely painful menstruation and pelvic pain that has a negative impact on the sufferer’s life.  The various and ambiguous symptoms of the disease, paired with a lack of medical research directly contributes to an average of a 7-12 year delay in diagnosis.  In addition to this, endometriosis can only be diagnosed through invasive surgery, deterring both medical professionals and patients from making an objective diagnosis.

Endometriosis treatments can vary from pharmaceuticals to natural therapy.  Most commonly, individuals who suffer from this disease are prescribed hormonal treatments to suppress ovulation and menstruation, as well as over the counter pain medicine such as ibuprofen or paracetamol.  In severe cases, surgery is often opted for in order to remove the misplaced endometrial tissue.  More often than not, these traditional treatments only offer temporary relief for patients and are paired with undesirable side effects, with no promise of a cure.

The use of medical marijuana and CBD amongst females with endometriosis is common, in fact – it has a very long history.  Cannabis has an ancient tradition of usage as a medicine in obstetrics and gynaecology and its use in this field can be traced back to Ancient Mesopotamia (4000 BCE).  Historically, cannabis was employed to treat a myriad of female health issues ranging from menstrual irregularity to childbirth.  It is only lately that a physiological basis for these beneficial health claims has become available – with the discovery of the endocannabinoid system, which is a molecular system responsible for regulating and balancing many processes within the body.

More recently, the Journal of Minimally Invasive Gynecology surveyed 137 patients with an endometriosis diagnosis who claimed to self-treat with either CBD or medical marijuana.  Out of those surveyed, 46.8 percent reported having tried marijuana to combat endometriosis symptoms, with the majority claiming that it was moderately effective.  Conversely, 46 percent of participants reported having used CBD, and half of those participants described it as moderately effective to very effective for the treatment of symptoms associated with endometriosis.

The Journal of Obstetrics and Gynecology Canada conducted a cross-sectional online survey between October and December 2017 that targeted Australian women with endometriosis, through social media postings in endometriosis-focused advocacy groups.  Only women aged between 18-45 with a diagnosis of endometriosis were able to participate, and the study focused on types of self-management, particularly involving cannabis.  The survey concluded that ‘one in eight Australian women with endometriosis, who use cannabis to alleviate pain and other symptoms, rate the plant-based medicine as the most effective way to manage the disorder.’  The women who participated in the survey also reported that along with the reduction of pain, they also felt the treatment reduced other symptoms associated with endometriosis.  These symptoms included insomnia, nausea, gastrointestinal problems and feelings of depression and anxiety, whilst also reporting little to no side effects.

Does CBD help with endometriosis?

Scientists have recently become enthusiastic about the use of medicinal CBD and other cannabis compounds for reproductive issues, due to the ‘discovery that the body’s natural endocannabinoid system is integral to the healthy functioning of the reproductive tract.’

The endocannabinoid system is involved in maintaining homeostasis within the body and stopping unnecessary cell growth, thus linked to diseases such as endometriosis and cancer, where undesirable cell growth occurs.  Imbalances within this system are linked to reproductive diseases and dysfunction – which often includes endometriosis.  Medicinal CBD promotes homeostasis, reduces pain sensation and decreases inflammation by stimulating the endocannabinoid system – meaning that the use of cannabinoid supplements could make a positive impact in treating the underlying imbalance.

When considering the past history of successful use of cannabinoids for the alleviation of gynecological pains and the extent to which findings in rats can model mechanisms of endometriosis signs and symptoms; the results suggest that ‘cannabinoid agents can be effective in reducing endometriosis symptoms’ and ‘that approaches targeted at the endocannabinoid system represent a promising new direction for developing badly-needed new treatments for the pain suffered by women with endometriosis.’  This means that whilst CBD oil and various other cannabinoid treatments are not known to cure endometriosis, they may be effective treatments for reducing painful symptoms.